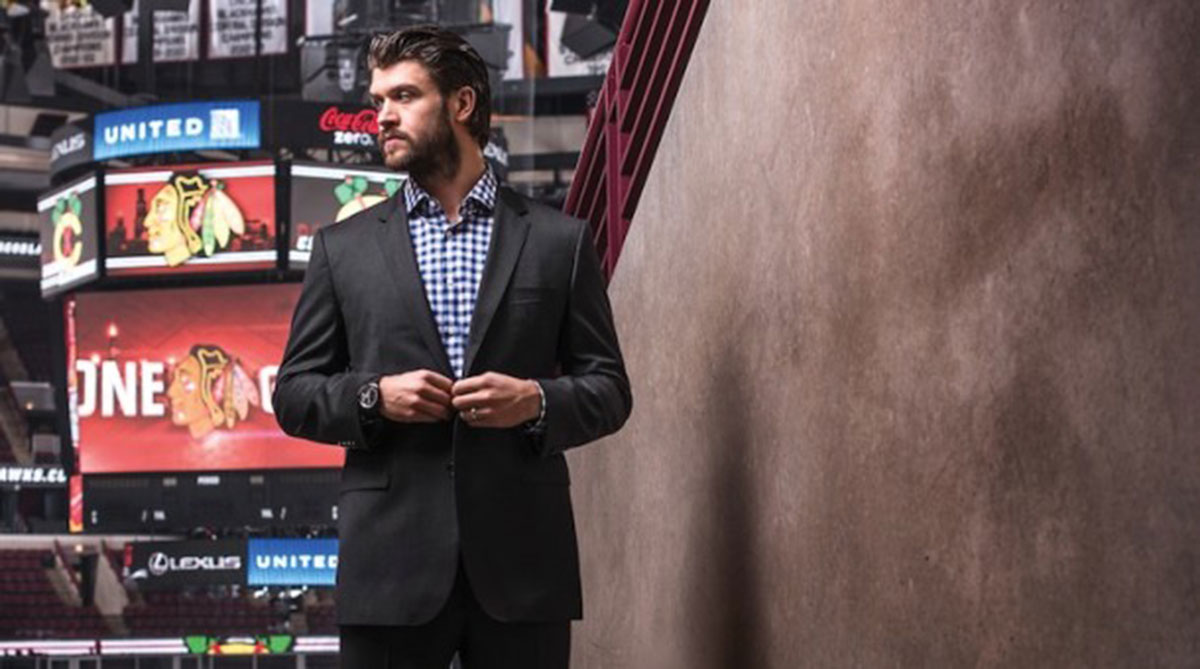 Not only are the Chicago Blackhawks good—they’re good guys, too. In the November CS, we profiled defenseman Brent Seabrook and detailed his numerous philanthropic efforts.

Yet another reason to cheer the team on as they enter the Stanley Cup Finals!

“Last year, we went to visit, and a little girl drew us a couple of pictures,” he said. “She was so excited that we were there. Those kids have had some tough luck, but it’s nice to see the look on their faces and bring a little joy to their lives.”

During his past nine seasons with the Chicago Blackhawks, defenseman Brent Seabrook has shown he is more than just a strong force on the ice. From his involvement with The Inner-City Education Program to his visits to local hospitals, the two-time Stanley Cup champion and Olympic gold medalist has shown that he is also a player with a big heart.

“It is nice to be in a position where I can give back,” Seabrook said. “To be fortunate enough to be in a spot that you can put a smile on someone’s face is great.”

Seabrook first got involved with the ICE Program—which helps low-income children who play hockey obtain educational and athletic opportunities—during his first year on the team, when he connected with the Chicago Blackhawks Charities organization. He met some of the people involved with ICE and knew he’d found something to give his energy to.

For the past five years, Seabrook has helped put on the Celebrity ICE Bowl—a bowling tournament among the Blackhawks players. Attendees donate to watch the contest firsthand. Since its inception, the event has raised more than $200,000.

“Some years, [the tournament] gets very competitive with the guys,” Seabrook said. “It’s a great event. It’s a lot of fun playing with my fellow teammates, and it’s cool because there are all these kids running around looking for autographs.”

That doesn’t faze him. Seabrook and his wife, Dayna, have provided gifts to children at the Ronald McDonald House, and he regularly makes trips to hospitals with his teammates, including the Ann & Robert H. Lurie Children’s Hospital of Chicago.